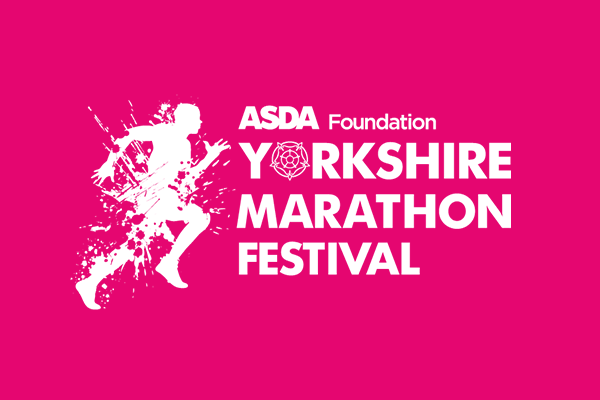 I’ve always had a fascination with what it would be like to run 26.2 miles, and after sixteen weeks of niggles, knee pains and trying to stick to training plan, I finally did it and crossed the finish line of the Yorkshire Marathon.

Working in a sports store with its own specialist running section leads to weekly conversations about marathon and ultra-marathon running. Despite many of those conversations starting with the 20-mile wall and how it can break a runners dream I couldn’t help but want to run one and that’s where I made the decision to sign up to the Yorkshire Marathon.

This weekend, after weeks of training and a few ups and downs we arrived in York with a flurry of nerves.

Sunday morning arrived and we walked down to the start line at the University campus and went to our zone, which was for runners looking to complete the marathon in 3 hours 30 to 4 hours. The weather was wet and a little miserable, but it soon cleared and the mild temperatures ended up being perfect running conditions.

We completed a short warm up with the help of local fitness instructors and the horn was sounded for the start of the race. I had a race plan in my head like most other runners on the course and was hoping I could execute it to plan. Five minutes Thirty pace per km was the goal for the first hour and then it was to either speed up the pace or maintain. I knew what I had to do to run a sub four-hour marathon but after months of indifferent training runs it was still a bit unknown.

The first 10k went swimmingly and I had managed to maintain a pace of 5:12 and was feeling almost too good. Weaving through the streets of York and past the Minster (cathedral) was great and out into the surrounding villages which were full of support. The next hour passed and I’d clocked my first half of the race in just over an hour and fifty minutes, with an average pace of five minutes fifteen, things were looking good.

I plodded along at a 5:15 to 5:20 pace for another four or five kms, before getting into the back end of the race. I knew it was going to be more mental than physical. Throughout training I had tried various gels to see what worked and what didn’t and settled on Huma Chia Seed gels for the big day. Despite training with them on the actual race day I struggled to get them down and decided to snack on the jelly babies being handed out down the course, and they helped as I was still feeling good.

However, a few long climbs were starting to take it’s toll and by mile 20 and the last 10km push was now a maintain and finish the race strategy.  We were running down long country lanes by this point with small pockets of support spread out, making it hard to motivate to get it done. The pace slipped to 6:30 for the majority of the last 10, a combination of tired legs and the unknown of marathon running – a feat too familiar to new marathon runners. With 2km’s to go the struggle continued but with family and friend support in the last mile I still managed to get in under the four hours mark, a few seconds behind my girlfriend, who like me had a race of two halves. Ultimately we both had goals quicker than sub 4, but realising how hard this distance is neither of us could be happier with the result.

Lessons were learnt on Sunday and maybe a different way of training could have helped. The four runs a week definitely were beneficial, but I would definitely recommend following a strength programme that compliments the weekly running sessions. My upper legs are definitely feeling the effects and maybe a more  dedicated approach to yoga and weights could have been the difference between three hours and fifty-seven minutes and maintaining that 5:15 pace for a little longer and getting to that three hour fifty time.

Being my first marathon I wasn’t expecting the best race or the quickest but I was happy and learnt a lot for the next one. Yes there will be a next one and maybe even one in 2022… I do love a bit of long distance endurance sport.

This site uses Akismet to reduce spam. Learn how your comment data is processed.